I was working with a student recently who informed me that they had been taught to “shoot to kill” by the instructor in the CWP class they had attended. I was assured this is what they were taught after asking again if that was, indeed, what was said. I was dumbfounded to hear this and even more so, that a qualified instructor would teach that philosophy. Granted, I do not know everything and have only been doing this over 35 years. In all of the training I have had, either in the military or police work, I have never heard any instructor teach shoot to kill. Does that mean that we teach shoot to wound? No, it does not. Any qualified and competent instructor teaches shoot to stop the threat and to shoot center mass of that available target area you can identify.

The military and law enforcement are taught to shoot center mass of the target. There are numerous reasons for aiming center mass. Most importantly, it provides the largest area to aim at and gives the shooter the best chance of striking the target area in order to stop the threat. Where is a non-lethal area on a person that would allow me to shoot to wound? Most likely, it would be an extremity. Major arteries are in our arms and legs. What happens if I was successful in shooting an extremity in an attempt to shoot to wound but struck a major artery, causing death? With all of the physiological changes that occur in a lethal force encounter, trying to hit a smaller target becomes even more difficult, if not impossible.

The leading authority related to the study of scientific research on areas associated with human factors, including the intricacies of human movement, action/reaction times, how the mind works during rapidly unfolding events and decision-making under stress is The Force Science Institute. They are comprised of physician’s, psychologists, behavioral scientists, attorneys and other leading professionals. Force Science studies officer involve shootings; however, the science still applies to everyone. According to Dr. Bill Lewinski of Force Science Institute Ltd., “Shooting to wound is naively regarded as a reasonable means of stopping dangerous behavior”.

Studies by The Force Science Research Center show that the average suspect can move the hand and forearm across the body to a 90-degree angel in 12/100 of a second. They can move the hand from the hip to the shoulder height in 18/100 of a second. “The average officer pulling the trigger as fast as they can on a Glock, requires ¼ second to discharge the round. There is no way an officer can react, track, shoot and reliably hit a threatening suspect’s forearm or a weapon in a suspect’s hand the time spans involved. The upper arms move more slowly than the lower arms and hands. But shooting at the upper arms, there’s a greater chance you’re going to hit the suspect’s brachial artery or center mass, areas with a high probability of fatality. Where does shooting to only wound come in? Legs tend to move slower than arm’s and to maintain more static positions. However, areas of the lower trunk and upper thigh are rich with vascularity. A suspect who’s hit there can bleed out in seconds if one of the major arteries is severed, so again, shooting to wound may not result in just wounding. If the legs were taken out non-fatally, that still leaves the offender’s hands free to shoot”.

These professionals list a myriad of scientific reasons that shooting to wound is not a viable option. This does not mean they are advocating shooting to kill either. Modern training teaches when deadly force is used the intent should be to stop the threatening behavior as fast as possible. Shooting for an assailant’s center mass is usually considered the most effective first option because the upper torso combines a concentration of vital areas and major blood vessels within the body’s largest target.  Ron Avery of Force Science Research Center states, “When the risk of failure is death, an officer needs the highest percentage chance of success he can get”. We all need the best chance possible to survive a deadly force encounter.

While I have informed you about some of the science associated with lethal force encounters associated with law enforcement, I hope you are able to relate the science to those who are not as well trained as law enforcement officers. The science applies to everyone. I also hope you can better understand the need for competent training and education relating to a deadly force encounter. Remember that knowledge is power. 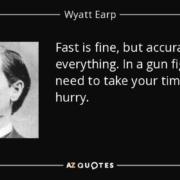 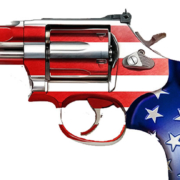 The Need For Training